Although this blog is dedicated to aviation, I want to write a tribute to Keith Jackson, one of my all time favorites.

If you were a kid growing up in the 1970s and you liked sports, you listened to Keith Jackson.  Whether the sport be Olympic swimming, demolition derby, professional football, baseball, or what he was known best for: college football.  Roone Arledge gathered a pantheon of iconic broadcasters for ABC’s Wide World of Sports.  Jackson was among its brightest voices.

I first really came to love Keith Jackson in the summer of 1972 in Munich.  He had the duties at the pool.  He sat alongside Donna De Varona.  Keith Jackson called every one of Mark Spitz’s seven gold medal races, which included a world record in each race.  His calls were legendary.

In the 1970s, many boys like Jeff, Daryl and Russ would gather around their television sets every Saturday afternoon to go somewhere in the world with Wide World of Sports.  It could be barrel jumping on ice, cliff diving in Acapulco, surfing on Hawaii’s north shore, alpine ski racing in Switzerland, a rodeo in Wyoming, the Daytona 500 in Florida or a demolition derby in Texas.  It didn’t matter, Keith Jackson and the others brought you along and every broadcast was an adventure.

Keith Jackson loved the demolition derby and one time called an event with celebrities involved.  He got so many laughs along with Kent McCord of Adam-12 that it was worth tuning in just for the fun. 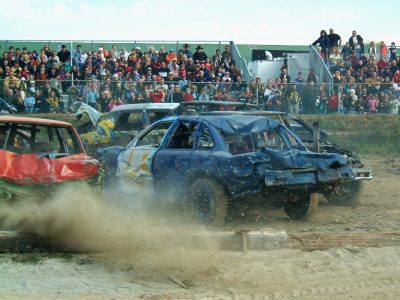 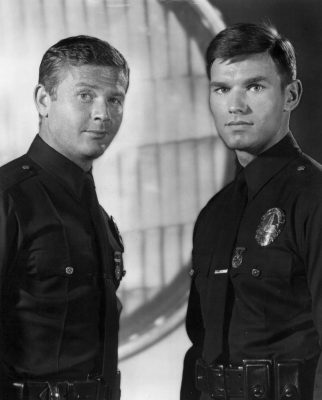 Jackson was the consummate professional.  He had great respect for the game, for the rules of the game and for the players and coaches who played them the right way.

Keith Jackson is inextricably linked to college football.  He enjoyed great relationships with legendary coaches like Bear Bryant and Woody Hayes.  But he wanted the game played right.  I remember once that a fight broke out in the Rose Bowl with Wisconsin and another team.  Jackson said, if we can’t play the game the right way, let’s pick up the darn ball and go home.

He had roots in the Northwest and each summer I see a boat at Priest Lake named the, “Whoa Nellie” – one expression that Jackson was famous for.  I got excited, thinking it was may be his boat.  One year I spotted an older lady on the boat.  I asked her if she was Mrs. Jackson.  She said no, but she and her husband had such a great love for Keith Jackson that they named the boat in his honor.

He had a smooth style that was easy to listen to.  I particularly loved to hear him call the USC- Notre Dame football game played on even numbered years in the Los Angeles Coliseum on the Saturday evening of Thanksgiving Weekend.  One year I encouraged my cadets to tune in over the break.  I told them that I could happily watch Oklahoma beat Iowa State by 40 points if Keith Jackson was calling the game.  Keith Jackson made it enjoyable, even if the game was a blow out.

I once had the privilege of having lunch with Micki King.  Micki was the 1972 gold medalist in the three meter springboard.  Later she was Jackson’s broadcast partner at the Olympics covering diving.  I asked her about Jackson.  She could not say enough good things, “gentleman”, “wonderful” etc.  I’ll never forget she told me, “You would love him, he is a true blooded American”.  I had heard others, tell me the same thing after attending a prayer breakfast with Jackson.  He believed strongly and deeply in traditional American values and what the Christian faith teaches.

That pantheon that Roone Arledge assembled:

They are all gone now.  Plus Curt Gowdy, Pat Summerall and Tom Brookshier.  When Dick Enberg passed around Christmas time, I said to myself.  Of my all time favorites, only Keith Jackson remains.  Now he is gone too.

In 1998 Jackson announced he was leaving the broadcast booth.  I was really sad, and I said out loud, “Oh no, Keith Jackson is retiring”.   My daughter, Stephanie, then 3 years old, said, “which beanie baby is he”?  Fortunately Jackson stayed on seven more years, limiting his broadcasts to west of the Mississippi River.

Now he is retired from the earth.  He will be missed. I leave you with the phrase that Micki King told me, “You would love him; he is a true blooded American”.

Doctor Aviation is only $199 per half year.